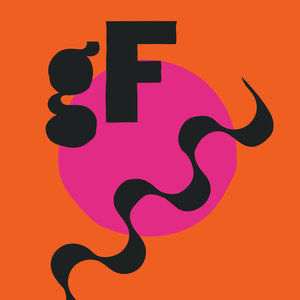 globalFEST’s flagship festival takes place every January and is North America’s most important world music industry event. It sells out in advance consistently each year, attracting over 1,500 music industry professionals, members of the press and music fans! Following their participation in gF, artists have gone on to tour North ...

America at venues such as Hollywood Bowl, Lincoln Center, Bonnaroo, Coachella, The Kennedy Center, SXSW, the Apollo Theater and hundreds of other theaters and festivals. Tours and cultural exchanges that result from gF showcases have helped to build an ever-widening audience for global music and by extension, an increase in international cooperation, and collaboration.

With just one inspired and influential night each year, globalFEST (globalfest.org) sets the stage for the international music touring scene in the U.S., North America, and around the world for the rest of the year.  The small-but-mighty organization presents its 17th annual flagship festival on January 12, 2020, showcasing a dozen artists under one roof on three overlapping stages, with a lineup that transcends borders and boundaries, bringing diverse voices to the center of the performing arts field.

Despite intensifying barriers, globalFEST continues to advance its mission of promoting diverse music from around the globe to venues across the U.S. Quietly working year-round with valiant behind-the-scenes efforts, the organization battles xenophobia, visa issues, and multiple restrictions to bring international artists to American ears while also highlighting domestic artists from diverse cultural heritages. The annual flagship festival is globalFEST’s signature event, moving global music centerstage, along with deepening conversations about current issues related to the performing arts field.

Though geopolitical issues may loom large in headlines, the world is speaking, singing, and playing perspectives that illuminate the deeply human, nuanced side of struggles against repressive regimes, restrictive gender norms, and fading cultural lineages. globalFEST wants to put the music from multiple regions and perspectives on the map so that venues, theaters, or performing arts centers can expose their audiences to music and people from these places, giving artists an opportunity to build cultural bridges and represent the issues that matter to them in their own ways.

“Each year, we tie the festival to geopolitical and local issues around us,” explains Shanta Thake, globalFEST co-director and Director of Artistic Programs at the Public Theater, “the rise of nationalism around the world, or the closing of borders are examples. Simply bringing many of these artists into our country and celebrating diversity has become increasingly political in nature.”

The festival will return for the second year to midtown Manhattan’s Copacabana, the famed Latin club with decades of culture-shaping history to its credit. The world famous Copa is located close to the hub of the annual Association of Performing Arts Professionals (APAP) annual conference, which attracts thousands of arts industry representatives to New York in search of artists to present on their stages in future seasons.

Carrying its mission ever forward, globalFEST (gF) both creates a platform to present international artists coming to the US for the first time and shines the spotlight on domestic and veteran artists deserving of more attention. Revelers can expect to see these artists on stages across the country in the coming years due to the connection to APAP, the leading performing arts conference for North America and JanArtsNYC, the world’s most comprehensive platform for celebrating and experiencing the newest work by artists in theater, dance, opera, music, and performance. globalFEST also produces an annual conference during APAP entitled Wavelengths: Global Music Conference.

In conjunction with its artist lineup announcement for the 2020 festival, gF has launched its annual Indiegogo crowdfunding campaign, which aims to engage hundreds of music and culture lovers whose annual support is key to making globalFEST’s mission-based not-for-profit event a reality.

Artists have long questioned both leaders and borders, and globalFEST highlights how dynamic and danceable these questions can be. Bahian soul singer Xenia França, whose debut album was nominated for the 2018 Latin Grammy, is at the center of an Afrocentric art scene reviving African heritage in Brazil despite dismissive moves on the national level. The self-described speed-folk freak-punks of Hungary’s Bohemian Betyars bring an unbridled rebellious sound that draws from Hungarian, Balkan and Gypsy sounds, as well as ska and psychedelia. This year’s line-up also spotlights artists whose traditions traverse political and geographic borders. Netherlands-based Tufan Derince will bring his wild electrified Kurdish wedding dances as a celebration and expression of cultural pride in Kurdish identity that is shared from Turkey to Syria and Iraq. Tibetan folk singer Yungchen Lhamo’s lyrics often address the sorrows and aspirations of exiled Tibetans living far from their occupied homeland.

Gender balance has always been part of globalFEST’s considerations, long before it was considered an imperative for festivals to do so. In focusing on female-fronted projects, the festival directors aim to support a growing movement among event curators for gender equity. ”Half of the groups in this year’s festival are led by women.” notes Isabel Soffer, co-director and head of the organization Live Sounds. “There have always been strong female-led bands, but more and more we are noticing that many of the most sought-after and innovative bands are women-led. We are proud that this has always been a priority for us, and that it’s now normal to see this in rosters and on tours. We hope to help set the standard for our colleagues to achieve more gender balance in their presentations.”

The powerful female-fronted bands of this 17th edition showcases how women are innovating within tradition. Among them is Bay Area-based singer, composer, and activist Meklit, who co-founded The Nile Project, which made its US debut at globalFEST in 2015. She returns with her newest solo project, which extends the Ethio-jazz tradition. West African all-female collective Les Amazones d'Afrique transcends the confines of a postcolonial patriarchy by addressing issues of female oppression. The supergroup builds on globalFEST’s tradition of presenting some of the most important female artists from West Africa, such as previous performers Angelique Kidjo (who has recorded with the group), Rokia Traore, Fatoumata Diawara, and Noura Mint Seymali.

Lineages, both secular and shamanic, flow through this year’s globalFEST lineup, as long-standing sounds and practices are given new, vividly contemporary life. Senegalese singer Cheikh Lô is a follower of the Baye Fall, a Sengalese sect of Islam, whose emphasis falls on transcendence through hard work, and his music blends styles like mbalax, Congolese rumba, reggae, funk and Cuban music. Ak Dan Gwang Chil are a South Korean ensemble who deliver a fresh interpretation of traditional music as their repertoire ranges from the shamanic to the secular traditions of the Hwanghae-do area in North Korea. “While they use traditional instruments, their energy is very now,” comments Sofer. “The band’s three lead singers, all women, are reminiscent of last year’s Dahk Daughters in terms of their theatricality and performativity.”

France’s San Salvador bring a similar intensity, with driving percussion powering ecstatic polyphonic vocals. Nathan and the Zydeco Cha-Chas drive the dancefloor with the uplifting spirit of southwestern Louisiana. And Sofiane Saidi, branded “the Prince of Rai 2.0,” and widely recognized as the musical descendent of legendary Rashid Taha, will be making his U.S. debut with his backing band Mazalda to compel the crowd into a dancing frenzy with their synth-infused celebratory songs packed with horns, mezoueds, gasbahs, and moogs.

All in all, the acts presented at the 17th annual festival are a steadfast reminder of the universal desire to break down borders between people through music and artistry. Says Bragin, “From the beginning, our goal has been to catalyze our professional colleagues. As we're entering a very intense period of politics, now more than ever, cultural diplomacy and international engagement are key to fostering mutual understanding.The touring opportunities sparked by globalFEST create platforms for artists to represent themselves and their own realities.”

globalFEST’s flagship festival takes place every January and is North America’s most important world music industry event. It sells out in advance consistently each year, attracting over 1,500 music industry professionals, members of the press and music fans! Following their participation in gF, artists have gone on to tour North America at venues such as Hollywood Bowl, Lincoln Center, Bonnaroo, Coachella, The Kennedy Center, SXSW, the Apollo Theater and hundreds of other theaters and festivals. Tours and cultural exchanges that result from gF showcases have helped to build an ever-widening audience for global music and by extension, an increase in international cooperation, and collaboration.